Send Us a Mail

Fish and livestock are also locally produced. The Seme offshore oil fields are the principal source of the country’s crude oil for sale in the domestic market and for export to countries abroad.

We offer consultancy services on every aspect of importing, exporting and distributing into the Benin  market, including supplier selection, sourcing trading partners, contract negotiation, favourable shipping terms, carrier and route selection, licensing, customs clearance, warehousing, sales and distribution, as well as any other area of concern for your company

Cotonou is the main shipping port, business centre and capital city of Benin, while Porto-Novo is the administrative seat of government and other major towns and cities include Abomey-Calavi, Djougou, Parakou, Godomey, Bohicon, Kandi, Dassa-Zoume, Lokossa, Ouidah, Abomey, Natitingou, Kouande and Save

Benin Republic was, as a colony of France, formerly known as Dahomey. It first gained self-government in 1958, before becoming independent on the Ist of August 1960.

The total land space of Benin is 112, 600 square kilometres. It has a mixed terrain; varying from, dense forests, lagoons, low, almost flat and sandy coastlines, to very fertile land on the plateaux. The mountain which straddles Benin on the northwest and Togo is about 640 metres at its peak, whilst the Niger River valley occupies the northeast.

The Benin climate is tropical, with an average temperature of 270C or 800F. Benin consists of about 40 different ethnic groups. Benin has a long tradition of Kingdoms dating back to the 12th century, with links to the Benin Kingdoms in Nigeria.

Starting, Setting Up Or Developing A Business in Benin?

We advise international businesses, companies and corporations on the procedures and processes for the profitable export, import,  marketing, sales and distribution of products and goods in Benin, West Africa.

Please contact us for a no obligation discussion regarding starting, set up or develop a business and investment opportunities in Benin, West Africa. 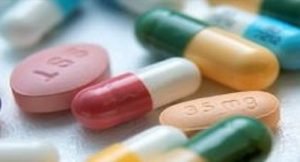